The Turkish Peacekeeping Database (TÜBAKOV) aims to reveal the extent of, and trends in, Turkey’s contribution to the growing number of peacekeeping operations since the end of the Cold War. In addition to data collection from primary and institutional sources, anecdotes, observations and when required, unique historical cases were included to widen the scope of the work. The TÜBAKOV database is designed and established to cover the peacekeeping operationsTurkey has contributed to since the end of the Cold War within the scope of the research conducted as “Project on Analysis of Turkey’s Participation and Trends in Peacekeeping Operations”.

Extends the UCDP/PRIO Armed Conflicts Dataset to provide coordinates for the actual location of the armed conflicts. Covers 1946-2008; data in Excel.

ACLED is the most comprehensive public collection of political violence data for developing states, primarily in Africa and Asia. These data contain information on the specific dates and locations of political violence, the types of event, the groups involved, fatalities and changes in territorial control. Information is recorded on the battles, killings, riots, and recruitment activities of rebels, governments, militias, armed groups, protesters and civilians. Event data are derived from a variety of sources, mainly concentrating on reports from war zones, humanitarian agencies, and research publications. All ACLED data can be downloaded on this site by country in excel and GIS formats.

SCAD includes protests, riots, strikes, inter-communal conflict, government violence against civilians, and other forms of social conflict not systematically tracked in other conflict datasets. SCAD currently includes information on over 10,300 social conflict events from 1990 to 2012.

A spatio-temporal grid structure allowing for consistent comparisons in studying conflict composed of 0.5×0.5 decimal degree grid cells that cover all terrestrial areas of the world.

The SVAC Dataset includes reports of conflict-related sexual violence committed by government/state military, pro-government militias, and rebel/insurgent forces. Covers all conflicts active in the years 1989-2009, as defined by the UCDP/PRIO Armed Conflict Database. Data were collected for all years of active conflict (defined by 25 battle deaths or more per year) and for five years post-conflict. Includes information about the prevalence, perpetrators, victims, forms, timing, and locations of the reported sexual violence by each armed actor in each conflict-year. Data is coded from reports by the U.S. State Department, Amnesty International and Human Rights Watch. Data in Excel.

Repository of micro-level, subnational event data on armed conflict and contention around the world that combines multiple open-source data collections in one comprehensive electronic archive. Currently includes data on armed conflict and contention from 156 countries (1969-2017), from 21 data sources, including both large data collections and individual scholars. xSub organizes these data into common units of analysis, by space (country, province, district, grid cell, electoral constituency) and time (year, month, week, day). Data in .csv and also available through an R package.

Figures and summary narratives on both international and internal armed conflicts in the world, whether dormant or active, since about 1960. Focus is on wars, terrorism, refugees and returnees, Internally Displaced Persons (IDPs), fatalities, specific weapons used and their flows, and economic costs. Includes non-state parties.

Provides detailed dyadic information on electoral violence in 101 countries between 1995 and 2013. Covers national-level legislative and executive contests only. Electoral violence is measured in a ten-month window around each election. Data in .csv.

Source for research and data on security and conflict. SIPRI has databases on military expenditures, arms transfers, arms embargoes, and peacekeeping operations.

The PAM database is a unique source of qualitative and quantitative longitudinal data on the implementation of 34 Comprehensive Peace Agreements (CPAs) negotiated in civil wars between 1989 and 2012. The implementation history of each provision in an accord is tracked and scored, yielding a 10 year implementation score for each accord. The database can be searched by keyword, accord, or provision type.

Investigates the sources, processes, and outcomes of all military-security crises since the end of World War I, covering 470 crises and 1036 crisis actors. There is a system-level dataset covering the crises and another covering the actors. Includes scores of variables covering onset; actor attributes, behavior, and crisis management; superpower activity; involvement by international organizations; mediation and outcome; and more. Also includes text summaries of each crisis. Data in .csv.

Project of the Pardee Center at the University of Denver to measure various aspects of international relations. Datasets measure diplomatic representation, membership in (and importance of) intergovernmental organizations (IGOs), and signatories and ratifiers of multilateral treaties deposited at the UN. Generally 1945-present; datasets in Excel.

Data on both attempted and successful coups in dictatorships from 1970-2010. The dataset differentiates between reshuffling coups, which change the leader atop a regime but leave the regime structure intact, and regime change coups, which change the leader and lead to a new autocratic regime. Data in Stata format. Aksoy, Deniz, David B. Carter and Joseph G. Wright. 2015. “Terrorism and the Fate of Dictators.” World Politics http://dx.doi.org/10.1017/S0043887115000118

Provides a list of coups by country and by country-year. They define coups as “illegal and overt attempts by the military or other elites within the state apparatus to unseat the sitting executive,” and successes as episodes in which the perpetrators control power for at least 7 days. Data is in txt format and updated through 2015.

The CDP’s objective is to compile, for 165 countries in the post WWII era, a more comprehensive listing, documentation, and categorization of coups for use by researchers. The project is ongoing, but variables include date, COW country code, type of coup, and multiple indicators categorizing the actors involved, means used, and outcome of the coup attempts. Data in Excel.

List of FIRCs, with indicators for whether initiated by democracies and if institutional (vs. leadership) changes. (Located under the Supplementary Material tab.)

Global dataset that codes for the deliberate killing of non-combatant civilians in the context of a wider political conflict, 1995-present. Data are coded and georeferenced using human coding rather than automated methods. Data in Excel.

Drawing on reports by the U.S. State Dept. and Amnesty International, the PTS codes for state-perpetrated human rights violations, such as killings, tor­ture, dis­ap­pear­ances, and polit­ic­al im­pris­on­ment.

GDELT monitors the world’s news media in print, broadcast, and web formats, in over 100 languages and records over 300 georeferenced categories of physical activities from riots and protests to peace appeals and diplomatic exchanges across the entire planet dating back to January 1, 1979 and updated every 15 minutes. Nearly 60 attributes are captured for each event, including the approximate location of the action and those involved. Algorithms translate the textual descriptions of world events captured in the news media into codified entries in the form WHO-DOES WHAT-TO WHOM (e.g., RUSSIA TROOP-DEPLOY UKRAINE (CRIMEA)). Data is available in multiple formats. For smaller extracts (up to 20,000 records), use the Exporter Tool.

Global event data made available by a DARPA-funded project. Event data consists of coded interactions between socio-political actors. Events are automatically identified and extracted from news articles by an algorithmic event coder. These events are triples consisting of a source actor, an event type (according to the CAMEO taxonomy of events), and a target actor. Geographical-temporal metadata are also extracted and associated with the relevant events within a news article. Data in tab delimited format, 1995-present (one year lag). Purely U.S. domestic events are excluded. (See also the text_to_CAMEO program to convert the files to a more standard event data format.)

Dataset coding more than 14,000 incidents of international or transnational terrorism that have an international impact, 1968-2016.

Data on terrorism incidents 1968-2009, covering over 40,000 incidents of international and domestic terrorism.

Traces the evolution of militant organizations and their interactions over time. Features:

Detailed and well-sourced profiles of extremist groups and individual leaders, including details on organizational structure, financing, recruitment, and more.

Independent research center at West Point for the study of terrorism.

Monthly in-depth profiles of the most important and under-analyzed leaders of extremist and militant movements around the world.

Database tracking US drone strikes in Pakistan and Yemen (and soon Somalia).

Codes information on pro-government militias for all countries from 1981 to 2007.

Codes state action toward terrorist organizations or their constituencies on a day-to-day basis.

Official list of foreign terrorist organizations as designated by the U.S. Secretary of State

Interactive literature review of qualitative and/or quantitative research examining 183 different hypotheses on how VEOs may be negatively influenced.

Game theoretic models predict that sanctions that would be effective typically would bring about change in the target’s behavior at the threat stage and would never be applied. To test these models, this project has collected data on instances of both the threat and implementation of sanctions during the period from 1945-2005.

E-book version of the 3d edition of Hufbauer’s classic text on economic sanctions. Chapter appendices have lists of cases and additional info. Selected and updated case studies are available online.

This database gives information on all multilateral arms embargoes that have been implemented by an international organization, such as the EU or UN, or by a group of nations. It includes both legally binding embargoes and those that are solely political commitments. It provides details of the aims, scope and amendments to all arms embargoes that are in force, or have been in force since 1998 and to most that were in force before 1998.

Information on official UN measures and sanctions imposed on individuals and entities.

Comparative assessment of the impacts and effectiveness of UN targeted sanctions regimes over the past twenty years. Focuses on case episodes within a broader country analysis to track changes in targeted sanctions over time. Also analyzes their effectiveness in terms of the different purposes of targeted sanctions, whether they are intended to coerce, constrain, or signal targets. Quantitative database to be released in 2014. Also see their site http://www.sanctionsapp.com/.

Information on EU sanctions as implemented under the Common Foreign & Security Policy (CFSP).

Very clear presentation of information on sanctions implemented by the UK against various countries and groups.

Best source for CRS reports, hearings, Congressional committee reports, and more on sanctions, embargoes, etc. Try searching for “international sanctions” or “embargoes” with a country name or within a certain date range.

“The Office of Foreign Assets Control (“OFAC”) of the US Department of the Treasury administers and enforces economic and trade sanctions based on US foreign policy and national security goals against targeted foreign countries and regimes, terrorists, international narcotics traffickers” and others.

The Directorate of Defense Trade Controls (DDTC) controls export embargoes of arms and defense items to sanctioned countries. Maintains a list of embargoed countries with a link to official Federal Register notices of embargoes.

List of nonproliferation sanctions maintained by the Dept. of State.

The Bureau’s mission is “to protect the security of the United States, which includes its national security, economic security, cyber security, and homeland security” by “implementing and enforcing the Export Administration Regulations (EAR), which regulate the export and reexport of most commercial items.” Most items BIS regulates are “dual-use” items–those that have both commercial and military or proliferation applications. 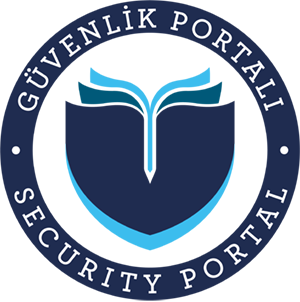